– The game is on. Now, we need to make the best consultation comments possible to secure offshore wind activity in Agder, says Mayor of Farsund Arnt Abrahamsen. 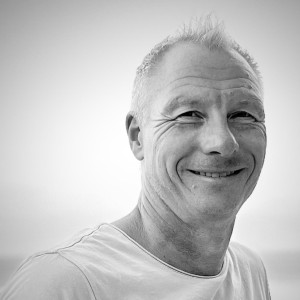 A pre-qualification will be carried out for actors who wish to compete for the area in Sørlige Nordsjø II, first phase. On the other hand, the areas of Utsira Nord will be awarded on the basis of qualitative criteria.

– TODAY IS an important day for offshore wind! We aim to allocate areas suitable for 30,000 MW offshore wind by 2040, and hereby present the framework for allocating the areas in Utsira Nord and the first phase of Sørlige Nordjø II. Collaboration is a key to success, and I hope we get a lot of input in the public consultation we have just published. This will set the standard for offshore wind in Norway, says Mr. Aasland.

Mr. Abrahamsen is not surprised that his own Labour Government chose to apply quantitative criteria for Sørlige Nordsjø II.

– THIS WAS as expected. Of course, we would have wanted Sørlige Nordsjø II to be awarded on the basis of qualitative criteria. That would have made things a lot easier. However, we will join forces with Fremtidens Havvind and the offshore wind companies in Agder to produce the best possible input, says Mr. Abrahamsen.

The deadline for making consultation comments is 6th of January 2023.

For Sørlige Nordsjø II, first phase, the Ministry of Petroleum and Energy has drawn up a proposal for pre-qualification criteria that will contribute to the development of offshore wind in Norway in a sustainable way, and to ripple effects for society.

If there is need for state funding, the Ministry’s proposal is that this be done through a two-sided contracts for difference. Any state funding will be limited by an upper ceiling.

When the Government has chosen the auction model, the main consideration has been that there should be an efficient distribution of society’s resources, i.e. with the lowest possible level of state funding. The proposed auction model is a so-called Anglo-Dutch auction.